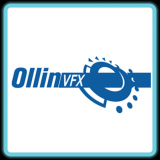 Helvetica Neue", Helvetica, Arial, sans-serif;">Ollin VFX is a Visual Effects Facility based in Mexico City. Founded in 1998 the Company quickly grew and became the largest VFX and Post Production Facility in Latin America.In 2006 we decided to expand our services to the United States and dedicate our resources to building a stronger presence here with the Studios, as well as, collaborating and joining forces with other VFX Facilities like ILM, Digital Domain, Method Studios, and The Creative Cartel. In 2016 the Facility expanded it's labor force to accommodate the growing demand for large "Tent Pole" Projects being produced by the Studios.Ollin VFX continues to offer creative and technical solutions, strong collaborations with it's Clients, and maintains a very talented core group of Artists, Technicians and a strong Production Management team both in both the U.S. and Mexico City. Ollin also keeps a broad range skill-set, some of which include: Concept Design, Pre and Post visualization, Shoot Supervision, 2D Compsiting, 3D/CG Effects, Matte Painting and Animation. We are known for our global reach capabilities, all within a boutique-style accessibility. Our business model is to always "remain flexible" ~ and to ensure and maintain the appropriate resources to expand ~ or contract ~ depending on the size and scope of each Project. Additionally, Ollin VFX has the capacity to service clientele wherever VFX Production is needed. We are dedicated to creating high quality Visual Effects for Feature Films, Television and Commercials.